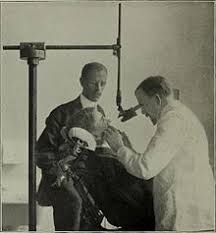 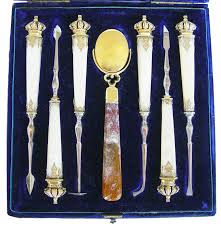 Dentistry has been known as one of the oldest medical professions, dating back as far as 7000 B.C in the Northwestern regions of South Asia, extending from what today is northeast Afghanistan to Pakistan and Northwest India. However it wasn’t until 5000 B.C, that there was a description related to dentistry and tooth decay were available, it was the Sumerian text that described tooth decay as caused by tooth worms, an idea that was proven false in the 1700s.

By the 1700s dentistry had become more defined as a profession. By 1723 a French surgeon named Pierre Fauchard was credited as a father of modern dentistry, in addition to publishing his first influential book called The Surgeon Dentist, the book defined a comprehensive system for caring for and treating your teeth. Fauchard was the first dental professional that introduced the idea of dental fillings and the use of dental prosthesis, in addition to identifying that acids from sugar led to tooth decay.

1801- Richard Skinner writes the Treatise on the Human Teeth, the first dental book published in America. The book was written to explain the tooth structure and causes of tooth disorders and decay. The book also described how to extract teeth but cautioned people that they shouldn’t be extracting teeth unless they know the anatomy of teeth and the variety of instruments used and how to use them.

1840- The first dental college opened up. The Baltimore College of Dental Surgery in the United States, Alabama led the way to enact the first dental practice act in 1841.

1866- Lucy Beaman Hobbs graduates from the Ohio College of Dental Surgery, becoming the first female to earn a dental degree.

1869- This may surprise some of you, the first African American to earn a dental degree dates back to this year 1869.

1883- The National Association of Dental Examiners was founded.

1885- The first female Dental Assistant was employed in New Orleans.

1905- Alfred Einhorn, a German chemist formulates the local anesthetic procaine, which is now known as Novocain.

1913- The world’s first dental hygiene school was opened up this year in Bridgeport Connecticut.

1938- The nylon toothbrush was the first toothbrush made with synthetic bristles that appeared on the market.

1939-1945 Now this may be a shock to most American… At this point in history, most Americans didn’t adopt good oral hygiene until after World War 2, when the soldiers stationed abroad brought back the concepts of good oral hygiene to the United States. 1945 also marks another advancement in the dental world this year New York began to fluoridate the water supply in their public water system.

1957- Marks an era of high-speed dentistry, this introduced high-speed air-driven contra-angle handpieces. By 1958 the first fully-reclining chair was introduced.

1960- Was the first year that your dental provider sat down to perform a technique called four-handed dentistry, which improved productivity and shortened treatment times. Lasers were also developed and approved for soft tissue work, for treatments such as periodontal disease. Also, the first electric toothbrush was developed in Switzerland after World War 2 and was introduced in the United States.

1997- The FDA approves the erbium YAG laser, the first for use on dentin, to treat tooth decay.

TO BE CONTINUED FOR THE NEW MILLENNIUM…

Posted by hpennell on May 18th, 2017 8:39 am
Filed under Blog . You can follow any responses to this entry through the RSS 2.0 feed. Both comments and pings are currently closed.