TIPS FOR THAT HEALTHY SMILE: 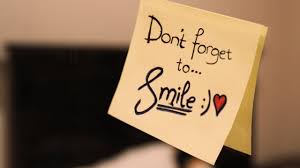 1984 – ‘EAT WELL STAY BITING FIT’ was the theme for smile week in 84’, with the launch of London transport museum.

2009 – Marked the first time the National Smile Month ran simultaneously in the UK and USA, this campaign reached 180,000,000 readers and viewers, with the slogan ‘Brush for Health’.

2014 – National Smile Month was held in the United Arab Emirates for the first time.

2016 – Celebrated its 40 year as the largest/longest running oral health campaign. Thousands of organizations took place reaching more than 60 million people worldwide, as the campaign became the focal point for the world of dentistry.

Posted by hpennell on Apr 27th, 2017 2:11 pm
Filed under Blog . You can follow any responses to this entry through the RSS 2.0 feed. Both comments and pings are currently closed.